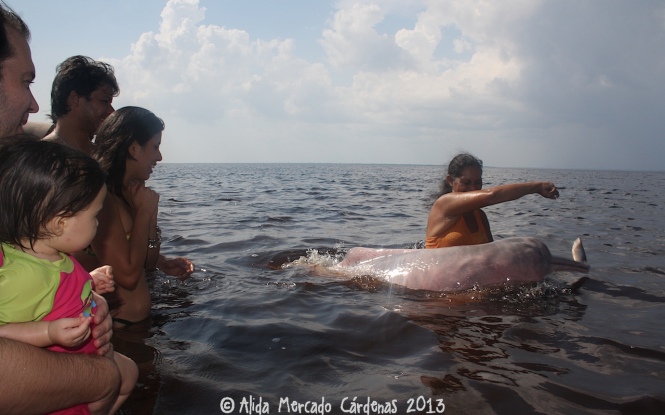 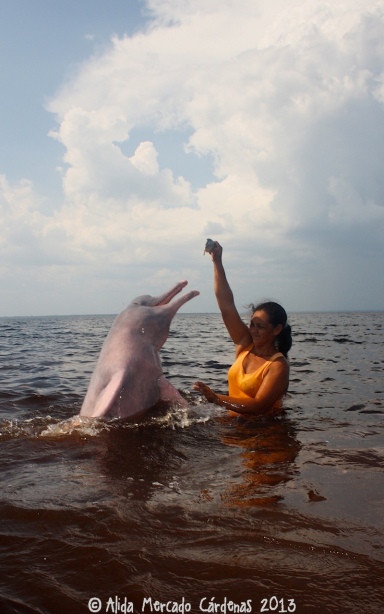 Cheia 2012 – The highest water level registered in the Rio Negro.

I went downtown Manaus last sunday to walk around the market and to see what was going on with the water level.  It is so high that the streets next to the river, by the port, are completely flooded.  You can see the boats on port at the level of the street.  There are little bridges to cross over from one side of the street to the other.  Lots of people gather around to see the phenomenon, and like me, they want to document it. 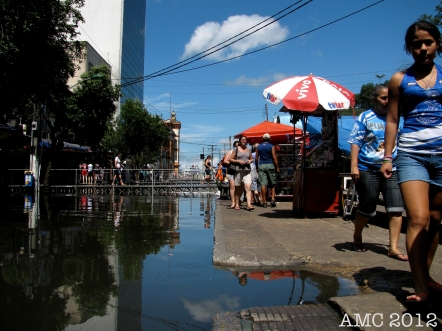 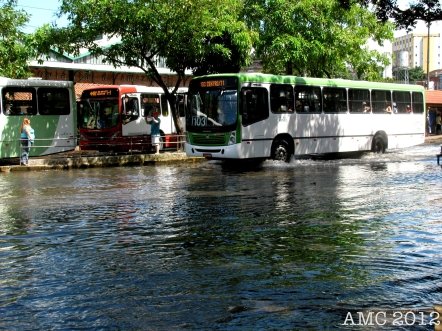 We’ve been living here in Manaus since October 2010. We missed the day where the highest temperature has been recorded (38.3°C on the shade*), as it was in September that year.  Soon after we arrived, we witnessed the lowest level of the Rio Negro.  The level was at registered at 13.63 m*, the lowest since the measurements started 110 years ago.  Last year, in August 2011, the lowest relative humidity of the past hundred years was recorded with an index of only 18%*, whereas in a hot (32.3°C) day like today we have 57% (according to our weather station). This has been recorded by my husband who maintains the weather station in our garage as well as others in the field sites where he’s working. A graph of the low relative humidity and other climate data from Manaus can be found at: https://www.bgc-jena.mpg.de/bgp/index.php/NorbertKunert/WeatherStationManaus