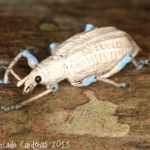 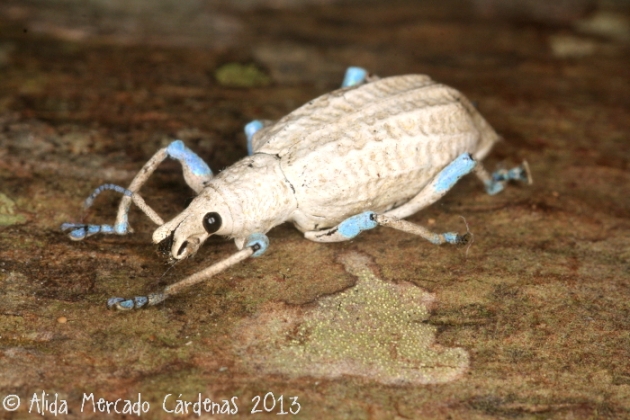 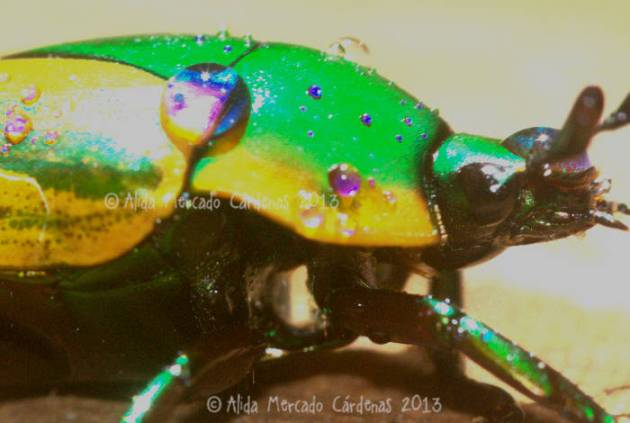 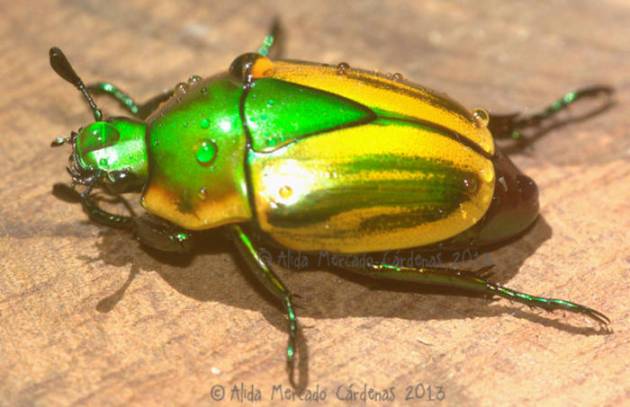 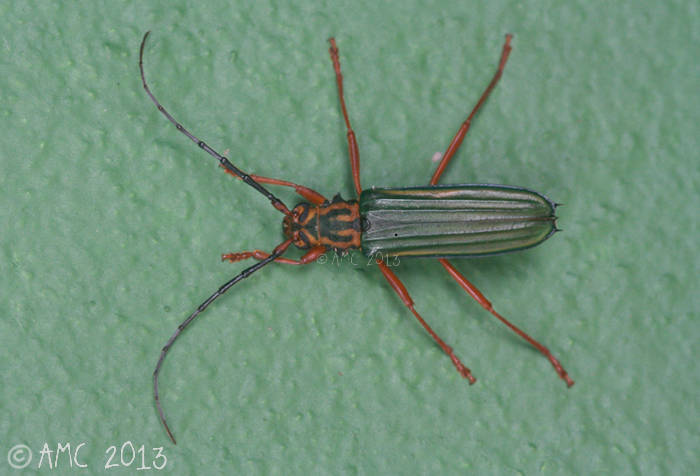 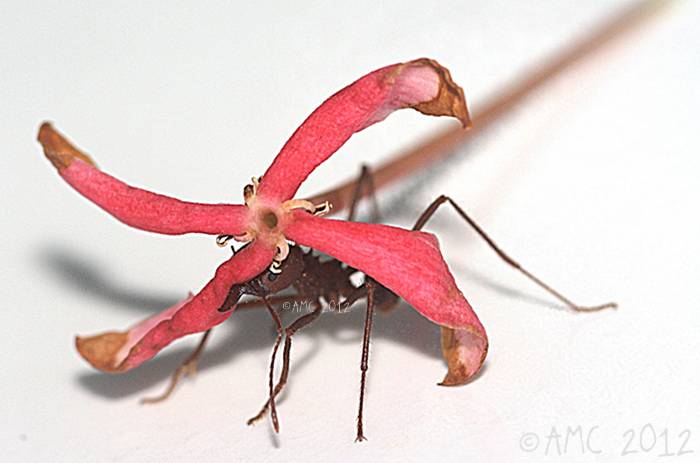 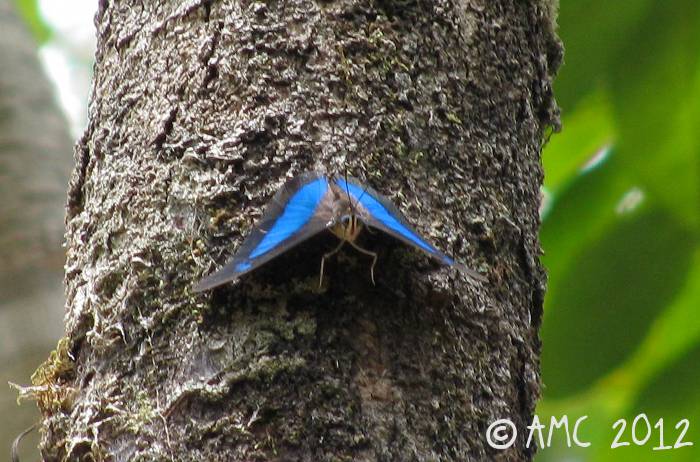 A couple of pictures of blue insects that I saw while visiting some waterfalls near Presidente Figueiredo, about 100 km north of Manaus.  While others were happily swimming and refreshing themselves from the tropical heat, I took some time to look around for insects (as I usually do) and was happy to found two blue ones.  I like blue insects, as my blog name suggests.  This photographs were taken in April last year!  I finally got to upload them to the blog.  I really have to keep up with this. 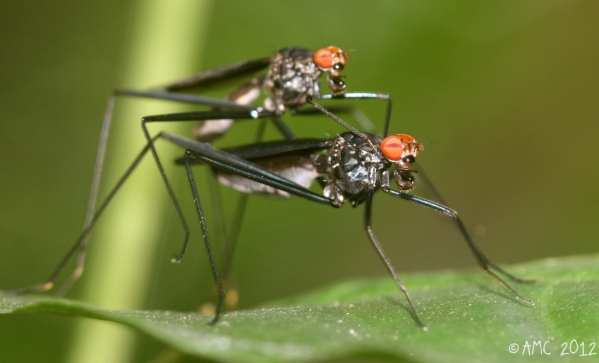 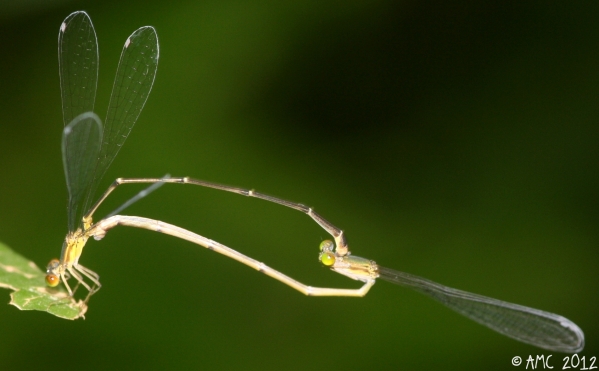 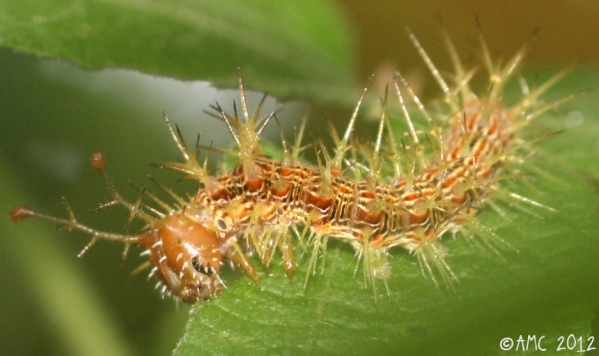 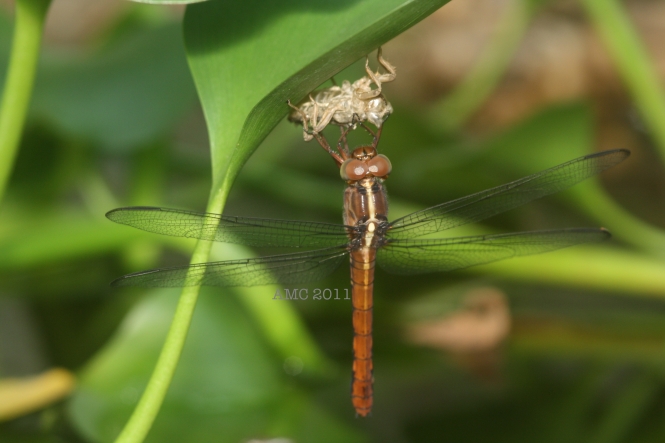 Just emerging after developing on the little pond in the garden.

I think it’s a species of Orthemis, in the Libellulidae family. The males are very territorial and usually red or purple colored, whereas the females are dark brown.  I’ve seen females laying eggs in the pond, and the male looking over his territory from some branches nearby.  This dragonfly was seen on Eichhornia, the water hyacinths we have on the pond, Saturday October 15, 2011.

I’ve started sketching insects from the garden, here are a few. 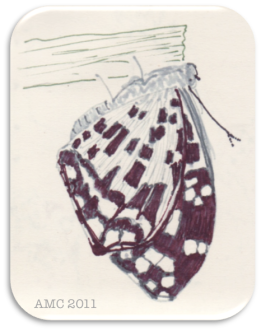 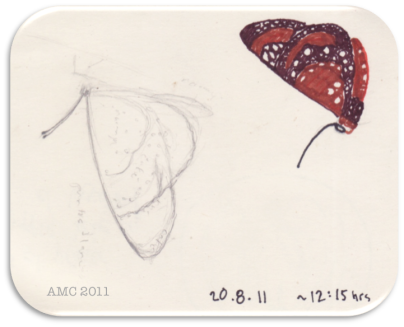 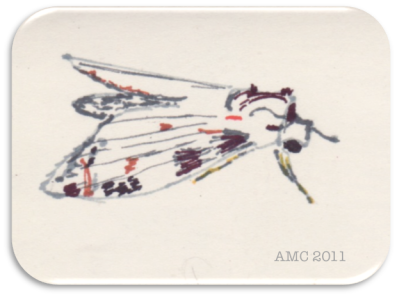 We have a few floating plants in the garden pond.  The flowers only last for a day; they are pretty purple with a yellow spot in the middle (I will try to do a sketch with color next time there is a flower).